Currently no universal guidelines exist that specify for how long or from which medications a patient should refrain before vestibular testing. Individual practices must develop their own rules. Drugs that generally are considered to affect vestibular test results include antihistamines, antiemetics, sleeping pills, barbiturates, caffeine, amphetamines, alcohol, marijuana, and tobacco (Hain, 2014). Other clinics do not ask patients to discontinue medications, and clinicians document the medications that the patient is taking and interpret the results accordingly (Beck, 2013).

There are several things to consider when designing pre-instructions for vestibular testing. Drugs that affect vestibular function should be discontinued whenever possible, but there are several categories of drugs that should not be discontinued, namely life-sustaining medications or those with no documented effects on test results. If a life-sustaining medication could affect test results it should be documented in the report. In addition, two issues that have not received enough attention when designing vestibular testing instructions are the potential for withdrawal when abruptly discontinuing medications and the amount of time that the effects of medications persist after a patient stops taking them.

Drugs that Affect the Vestibular System

These drugs work by suppressing neuronal activity within the vestibular systems of both sides, which has the clinical effect of reducing the asymmetry between ears (Chabbert, 2016). This vestibular suppression can cause a bilateral weakness during caloric testing.

Alcohol intoxication can affect the results of several vestibular tests (Goebel et al, 1995). However, positional alcohol nystagmus (PAN) is probably encountered more often in a vestibular clinic. PAN I begins about 30 minutes after drinking begins and lasts for several hours, with nystagmus beating toward the lower ear. After a period of no nystagmus, PAN II begins about five to 10 hours after drinking stops, with nystagmus beating toward the upper ear (Fetter et al, 1999). PAN might even occur beyond 24 hours (Hill et al, 1973). A restriction on alcohol for 48 hours before testing is reasonable given the duration of this effect.

Spector (1974) found an increase in positional nystagmus and a decrease in slow phase velocity during caloric testing in heavy marijuana users. A more recent case describes a patient who presented with vertigo and nystagmus, which were attributed to marijuana use (Kibby and Halcomb, 2013). Dizziness and vertigo have been reported as side effects of medical cannabinoid drugs, and cannabinoid CB1 receptors have been found in the vestibular nuclear complex (Smith et al, 2006).

Tobacco has the potential to affect test results but only for a very short period of time. Smoking tobacco can cause upbeating nystagmus in the primary position that can be observed with vision denied (Sibony et al, 1987). This effect lasts for about 10 to 20 minutes following smoking. Tobacco smoking also can cause abnormalities in smooth pursuit, lasting about five minutes after smoking (Sibony et al, 1988).

Drugs that Do Not Affect the Vestibular System

Patients often are asked to discontinue drugs for vestibular testing that might not affect the results at all. More research is always needed, but current evidence indicates that patients can continue to take some antinausea medications and allergy medications and consume caffeine before testing. If results are not affected, patient comfort should be prioritized. Shortening the list of drugs to discontinue can also result in fewer canceled or rescheduled appointments.

Medications for nausea belong to several different drug classes. Many drugs that treat nausea affect the vestibular system via anticholinergic and antihistaminic actions (Chabbert, 2016). Setrons, however, are different and work on serotonin receptors. A common example is ondansetron, which has the brand name Zofran® (Chabbert, 2016). Ondansetron likely has no effect on vestibular test results (Hain, 2014). Patients in the early stage of vestibular neuritis who received ondansetron were found to have better vestibular function than those who received metoclopramide, indicating a possible protective effect (Venail et al, 2012). If that is the case, patients should be allowed to keep taking ondansetron during testing.

Patients often are asked to discontinue caffeine before testing, but current evidence indicates that this is not necessary. Felipe et al (2005) found that caffeine has no effect on caloric results and that caffeine withdrawal can contribute to an increase in anxiety, headache, vertigo, nausea, and vomiting during testing. The authors argued that allowing patients to continue to consume caffeine contributes to a relaxed but alert state that is ideal for testing (Felipe et al, 2005). Similarly, McNerney et al (2014) found that moderate caffeine consumption does not have a statistically or clinically significant effect on calorics or cVEMPs.

TABLE 1. Shows drugs and their half-lives to illustrate the differences in how long various drugs stay in the body. Duration of action is also given when available. The drugs selected are many that might be of interest in a vestibular clinic.

Some drugs can cause withdrawal symptoms when stopped abruptly. The effects can range from mildly unpleasant to life-threatening. Common classes of drugs associated with significant withdrawal include SSRIs (a type of antidepressant), some antihypertensives, corticosteroids, statins, opioids, benzodiazepines, and alcohol (Papadopoulos and Cook, 2006). For many of these drugs withdrawal symptoms begin within one or two days, which is the period of time they are often discontinued before testing.

Discontinuation effects have long been reported for tricyclic antidepressants, and these effects increasingly are becoming recognized for SSRIs as well (Haddad, 1998). Dizziness, lightheadedness, nausea, headache, and lethargy are the most common symptoms of SSRI discontinuation syndrome, with ataxia, vertigo, sensations of being pulled to one side, and “electric shock” sensations with head movements also being reported (Haddad, 1998).

Another category of medications commonly known to cause withdrawal symptoms are opioid pain medications, which patients may be asked to discontinue due to their sedating effects. Symptoms of withdrawal include anxiety, increased blood pressure, and nausea (Howland, 2010). While unpleasant, these symptoms are usually not dangerous. Withdrawal occurs primarily with chronic use (Howland, 2010). As with SSRIs, more research is needed to weigh the potential for vestibular effects with the potential for patient discomfort from stopping these medications.

Alcohol withdrawal is usually mild, but in severe cases can lead to delirium tremens and withdrawal seizures, and these more severe forms of withdrawal can be fatal (McKeon et al, 2008). Alcohol should be discontinued before vestibular testing, but alcohol-dependent individuals should be tested after detoxification is complete, which might require medical supervision.

Patients typically are asked to continue taking medications for seizures, but anticonvulsants can be used for other purposes as well, such as pain, migraine, and bipolar disorder (Norton, 2001). Carbamazepine and gabapentin are both common anticonvulsants and have both been shown to affect saccades and postural control (Noachtar et al, 1998). There is the potential for withdrawal symptoms with anticonvulsants, and gabapentin withdrawal can resemble alcohol or benzodiazepine withdrawal (Norton, 2001). Due to the potential for withdrawal effects, clinicians should note in their report if a patient is taking one of these drugs and the results should be interpreted accordingly.

In most cases, patients should continue to take medications that have significant negative withdrawal effects. If these medications have the potential to affect test results, the fact that a patient is taking them should be noted in the report. If these drugs must be discontinued, they should be tapered under the supervision of the patient’s physician.

TABLE 2. Shows drug categories for vestibular testing with some examples and a simplified answer as to whether they should be discontinued.

Drug Half-Life and Duration of Action

The amount of time that different drugs stay in the body varies widely. Stopping a drug 48 hours before testing can be excessive for some drugs and not nearly long enough for others. The half-life of a drug is defined as “the time necessary for the amount of drug present in the body, or its concentration in serum or plasma, to fall by 50 percent” (Greenblatt, 1985). While half-life itself has limited utility, it is one of the most common pharmacokinetic properties listed in drug references.

TABLE 1 shows drugs and their half-lives to illustrate the differences in how long various drugs stay in the body. Duration of action is also given when available. The drugs selected are many that might be of interest in a vestibular clinic.

The impact of discontinuing medications before vestibular testing needs to be considered on a case-by-case basis. It is important that audiologists have an understanding of pharmacology. At the very least, information of drug and withdrawal effects should be included in vestibular courses, and possibly an entire course in pharmacology should be offered. By asking patients to discontinue medications, we are making recommendations that have implications that affect patient safety. Patients should be encouraged to discuss any concerns about discontinuing medications with their primary care physician or pharmacist. It is also important to understand the effects of medications that patients are allowed to continue taking during testing so that the results can be accurately interpreted.

This article is a part of the May/June 2018 Audiology Today issue.

Papadopoulos S, Cook AM. (2006) You can withdraw from that? The effects of abrupt discontinuation of medications. Orthopedics 29(5):413–417.

Alissa Hoyme, BA, is a fourth-year AuD student at Central Michigan University in Mount Pleasant, Michigan. She is currently finishing…

M. Dawn Nelson, PhD, is a professor of audiology in the Department of Communication Disorders at Central Michigan University in…

Vestibular Evaluation and Rehabilitation: A Team Approach for Audiologists and Physical Therapists

Alternatives to (Not Substitutes for) Caloric Testing

The standard electronystagmography/videonystagmography (ENG/VNG) exam, first described 80 years ago, has been around for about 60 years. The… 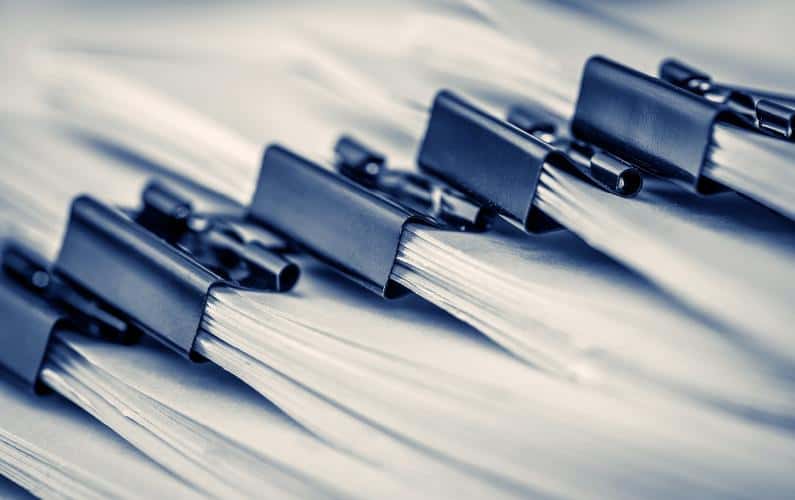